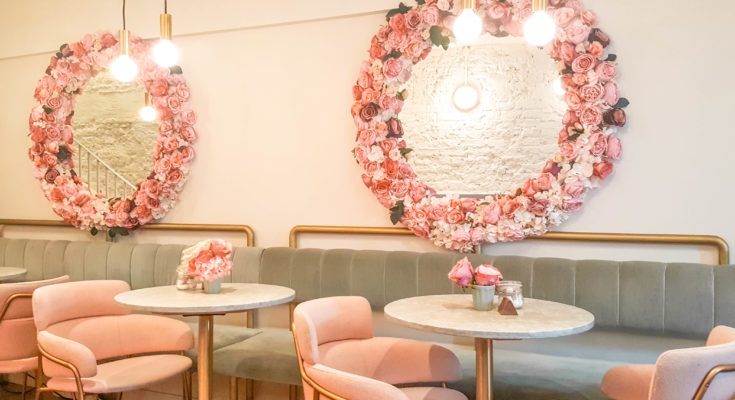 Of the 40 000 cafes and restaurants in London, Élan Cafe might just be the most Instagrammable of them all. Filled to the brim with flowers and every shade of pink, fashion influencers, makeup moguls and even some of the Kardashians simply cannot take a trip to London without posing on the plush pink chairs or taking selfies in the flower rimmed mirrors. With just over 95 000 followers on Instagram, Élan Cafe is one of the most influential Insta-cafes in the world. On a recent trip to London, I decided to visit the cafe and see for myself what all the fuss is about. 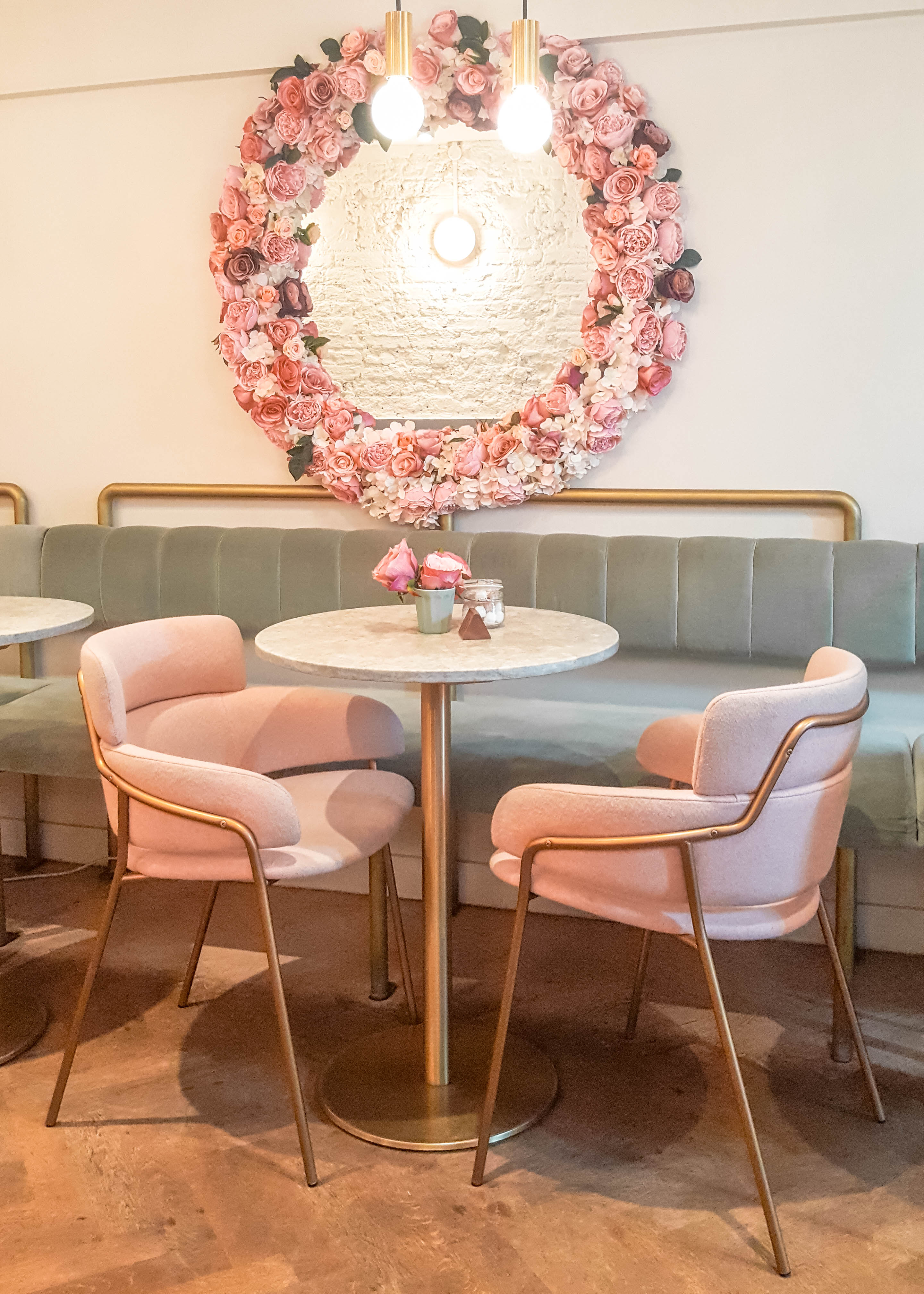 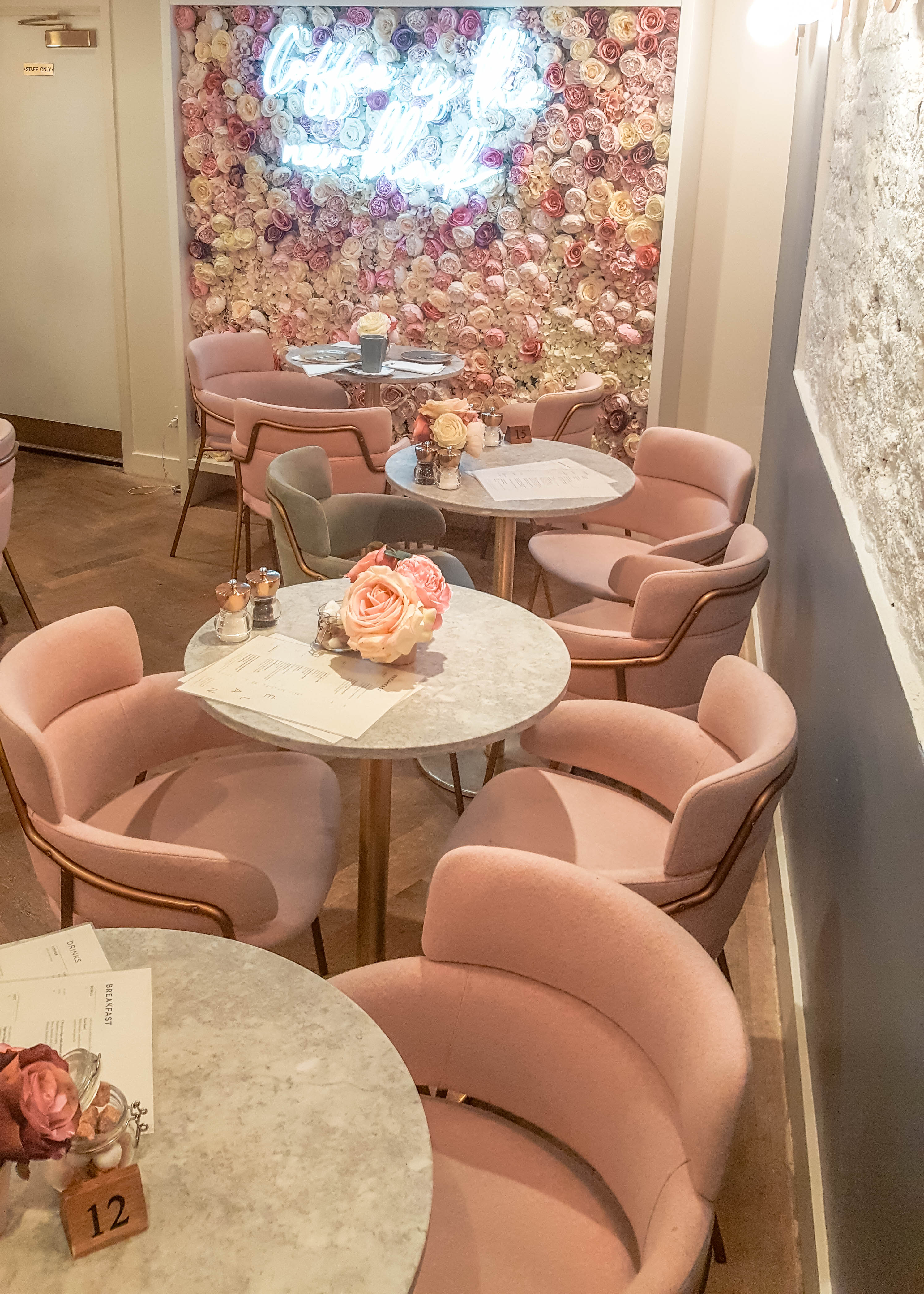 Even though the cafe is advertised as open from 07h30, when I arrived at 07h45 staff were still cleaning and setting up and the cafe was not ready for customers at all. I specifically wanted an early breakfast and found the staff almost unwilling to seat me. Once seated, however, the decor inside the cafe is just gorgeous and I can see why it is one of the most Instagrammable cafes in the world.

With very high expectations, I was sad to find the service so-so. The staff were unprepared for service, seemed to be running late and were not very friendly. Even after specifically asking for all the food an drinks to be served together, the drinks came first and only after another 10 minutes my breakfast arrived. Later the cakes came without any dessert forks and when asking for them, the waiter seemed unfriendly to fetch some. After finishing the meals and drinks there was no waiter in sight. I had to go to the bar to pay and even there waited another 5 minutes while the waitress scrolled through Facebook on her mobile.

The food menu is not very diverse with only 8 options of which two are breakfasts. The meals are very basic and even adding Hollandaise sauce comes at an extra cost and having a poached egg instead of a fried egg adds another £1.50 to the bill.  There was no salt or pepper on the table and it seemed like the food had been standing for a while before being served. That said, what Élan Cafe lacks in service they make up for in the food. The eggs on the English muffin was perfectly cooked and the salmon fresh. My personal favourite, the avo on toast, also didn’t disappoint. Both plates were nicely decorated and tasted even better. My dessert, a pistachio and rose cake was the highlight of the day and was very reasonably priced. 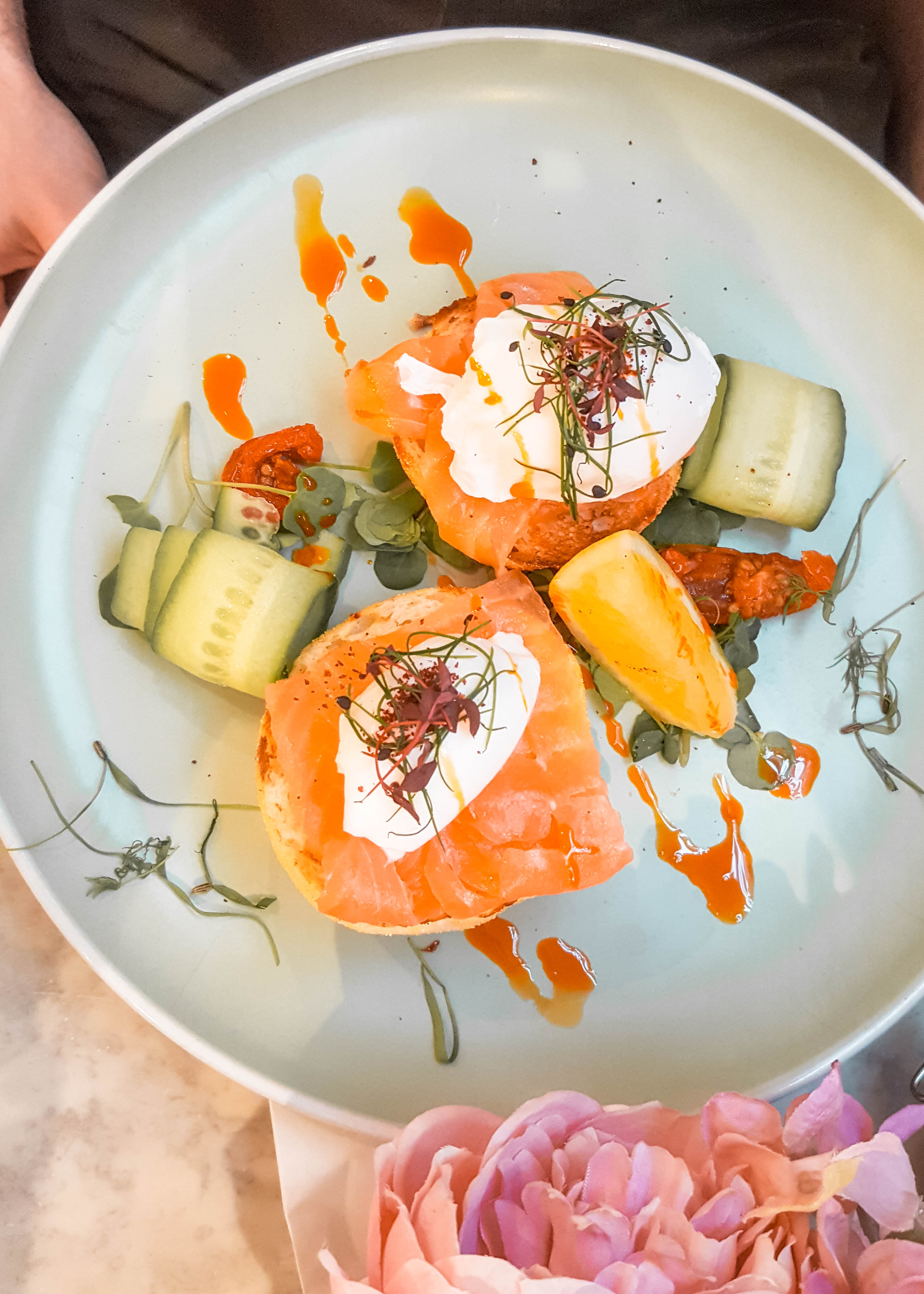 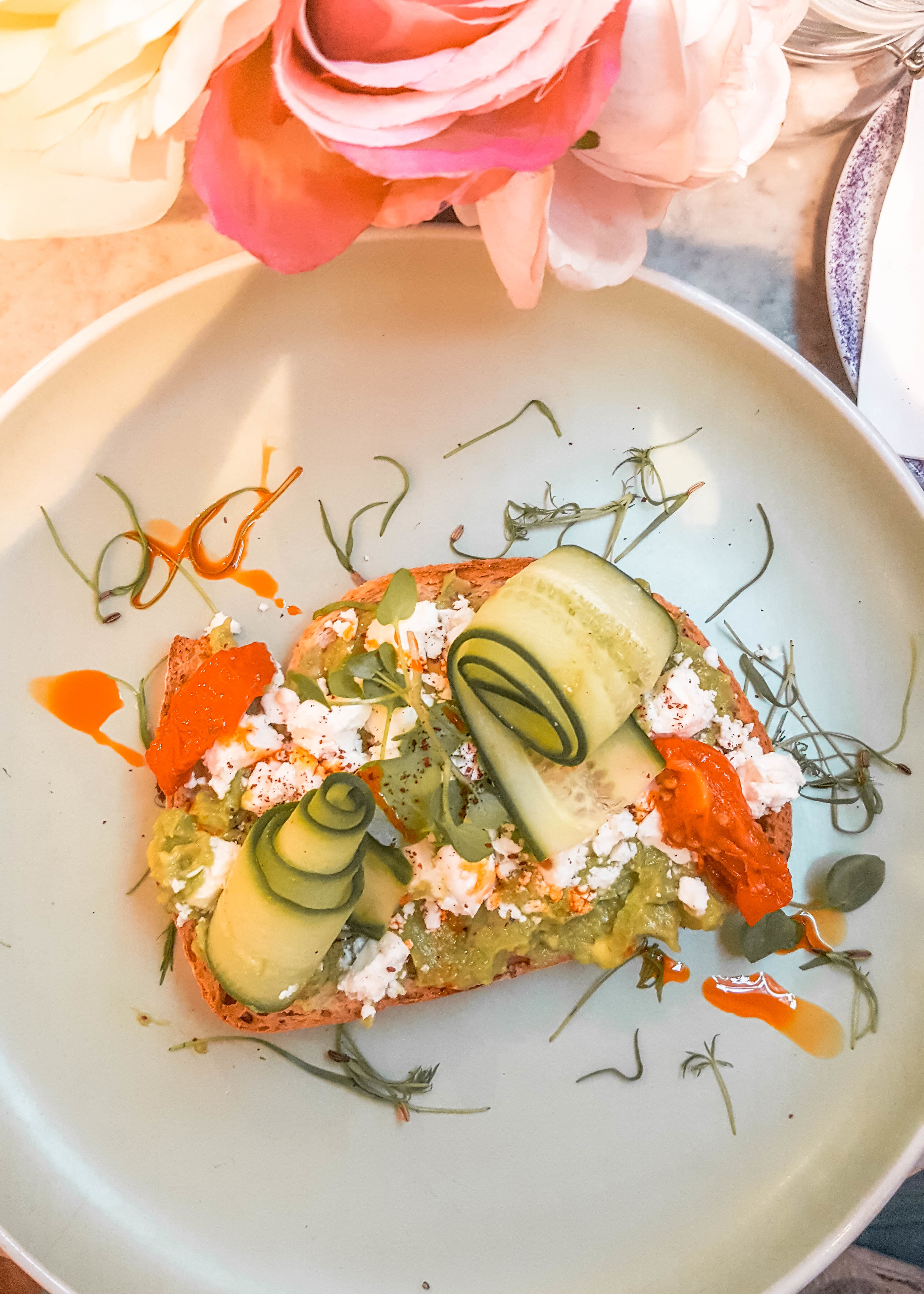 Served only about 15 minutes after ordering, the Mocha was average and the Nutella hot chocolate simply flavoured milk. Both drinks were only lukewarm and did definitely not live up the the standards I was hoping for. There is however a wide variety of drinks available from coffees to juices to some very interesting ‘flora’ teas. 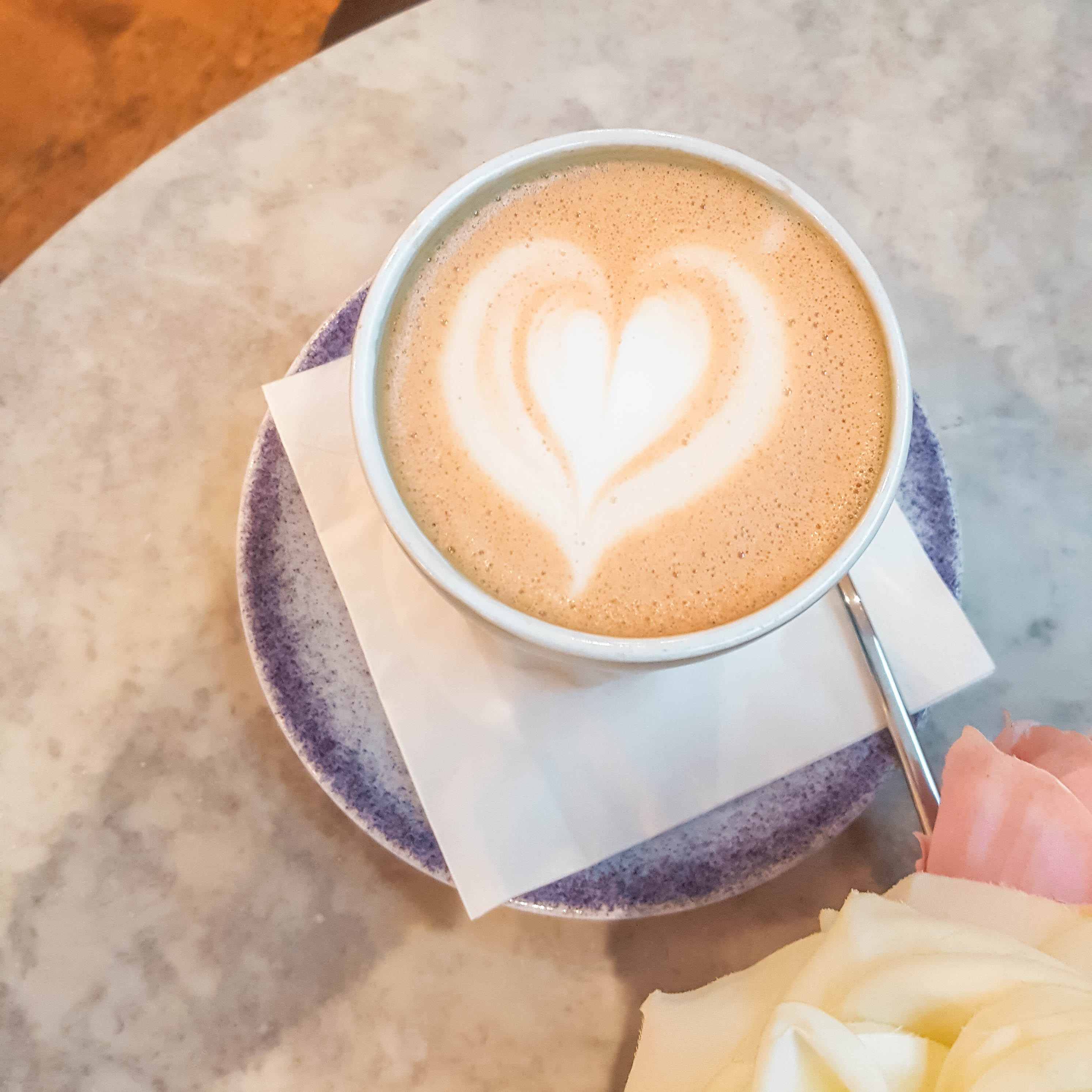 If you love pink and believe the rise of the flower wall is the best thing since sliced bread, Élan Cafe is the place for you. Every corner is meticulously decorated and great attention to detail has gone into making the cafe an Instagram paradise.  The seats are comfy, the flowers cute, the tables clean and there is more than enough space to move around in the cafe, even when it gets busy. 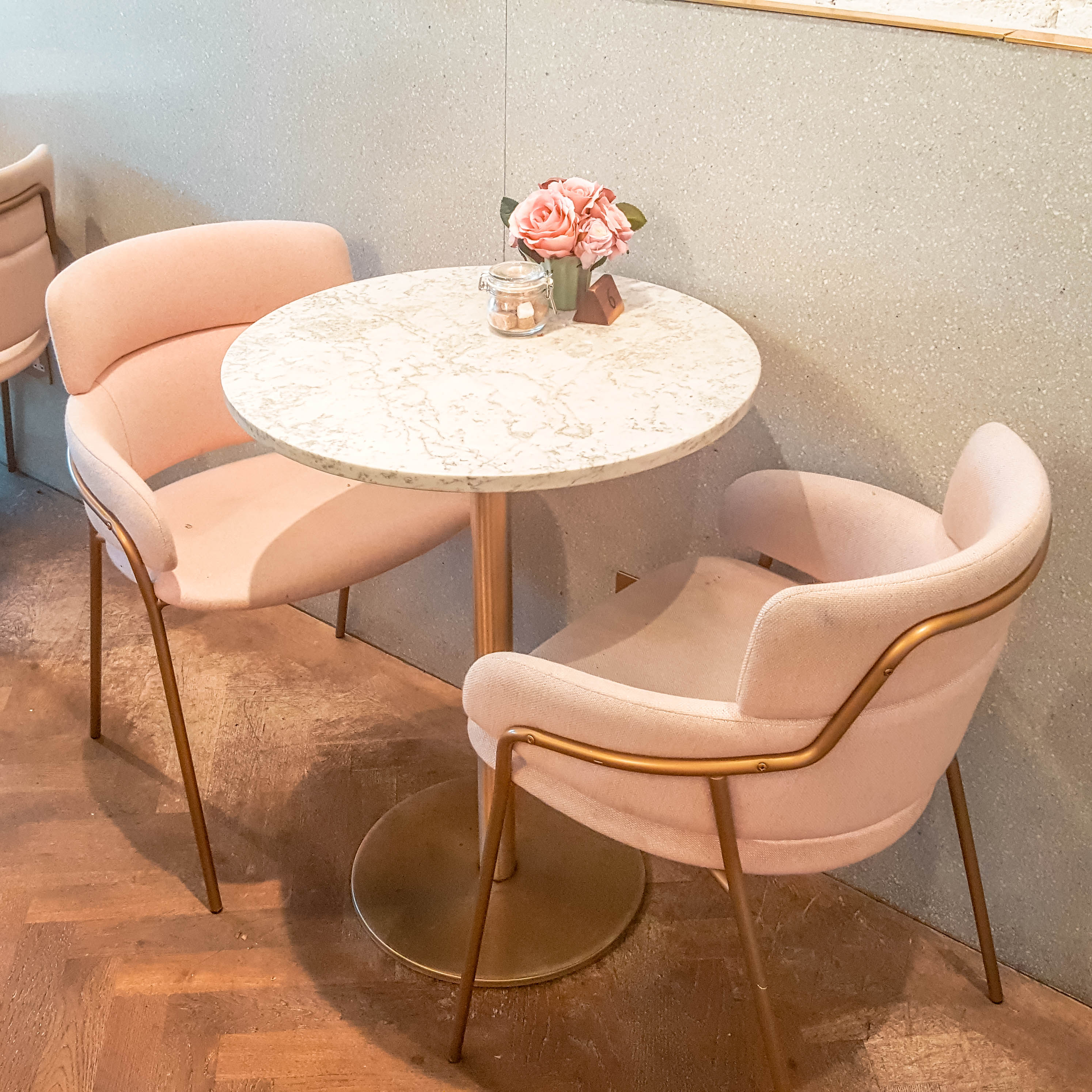 For a casual cafe-style restaurant, Élan Cafe is a bit on the expensive side considering add-ons to every meal is a must. The drinks are overpriced, but the cakes and desserts are fair. That said, the cafe is in Park Lane so with the location prices are bound to be higher than usual. Expect to dock up about £25 per person for a meal with some add-ons, a drink and a dessert.

Visiting one of the most Instagram-famous cafes in the world does not come without effort. The cafe becomes VERY busy and with no option to book a table, waiting in line outside the restaurant for over 30 minutes is to be expected which is almost not worth it for a cafe that does not live up to the hype.

Would I go again? No. I was very disappointed to see staff members releasing glitter and confetti filled helium balloons which with what we know about plastic pollution today is absolutely unacceptable. After questioning them about it, I was ensured that the balloons which had gotten caught in a nearby tree would be taken down. A week later they were still there. For this very reason I won’t be going back and do not encourage others to do so. How is it still socially acceptable for businesses, especially those with large followings, to publicly litter and get away with it?

I had very high expectations of Élan Cafe which it sadly didn’t live up to. Even though the cafe is worth visiting even just for a look around inside, I fear the cafe is not much of a restaurant but merely a room filled with pretty flowers made famous by selfies on Instagram.

Élan Cafe has two locations, one on Brompton Road and the other, which I visited, on Park Lane. 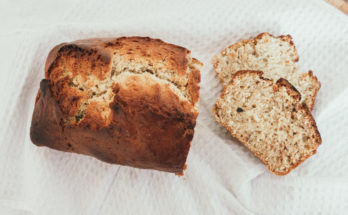 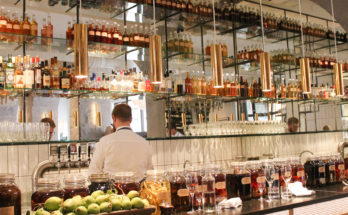