Sitting on the northern coast of Spain, San Sebastián Donostia is one of Europe’s most beautiful and cultural cities. Founded in 1180 and situated on the southern coast of the Bay of Biscay, the small city has walked away with the coveted prize of being the European Capital of Culture in 2016 and welcomes thousands of travelers each year. Just over 180 000 people call this Basque heaven home and locals are friendly and helpful, usually speaking Basque or decent English.

San Sebastián is know for its food and is thus a must-visit destination for any foodies or gastro-enthusiasts. As the city with the highest number of Michelin star restaurants per capita in the world, there is more than enough to choose from. The Akelarre, Arzak and Martin Berasategui restaurants have each been awarded three stars each, the highest number of stars possible. To be expected, they are rather expensive and a meal with drinks at one of these restaurants range between €150 and €200 per person. If you are, like me, traveling on a budget that can’t and won’t support lavish meals at Michelin star restaurants, San Sebastián hosts over a hundred restaurants and eateries, most of them serving it in the famous Basque way – pintxos. 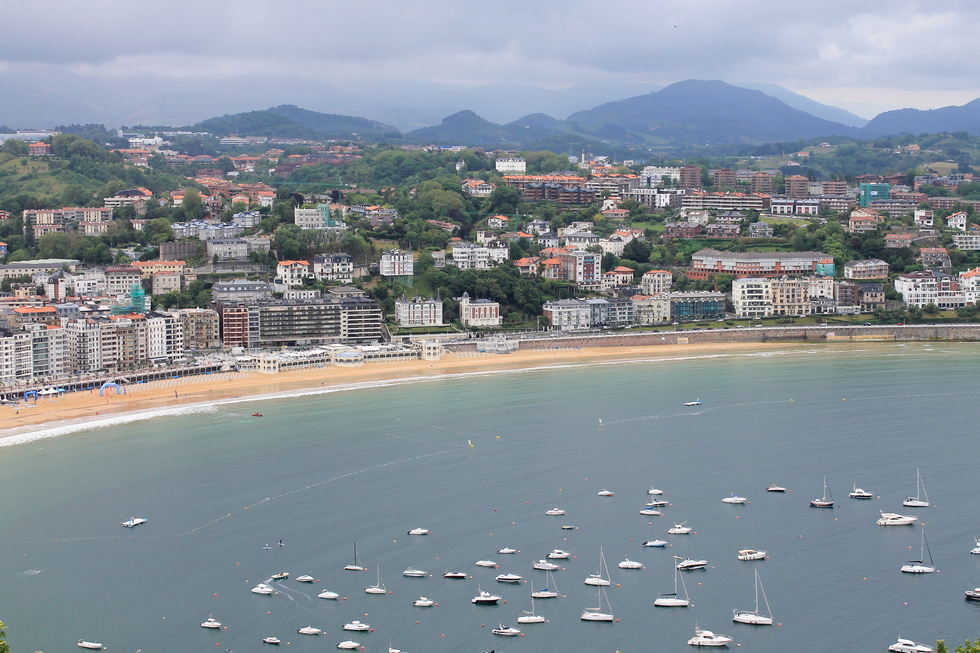 Traditional in the northern parts of Spain, pintxos are snack-type foods served in bars and casual restaurants. Prawns on fresh bread, clams, goat’s cheese and pieces of Spanish omelets are all popular pintxos, but each restaurant or bar is known for its own specialty to reel in the hungry crowds.

Bartolo is a friendly, reasonably priced restaurant and bar with a wide variety of pintxos, mostly made with fresh seafood. The staff are wonderful, the sangria cold and it is right in the middle of the old town. La Vina is famous for its tarta de queso (cheese cake) and mini burgers, Bar Sport for its mushroom crepe and Pescaderia Oianeder Arrendegia for its squid with mango sauce and foie gras, the liver of a duck that was specially fattened. 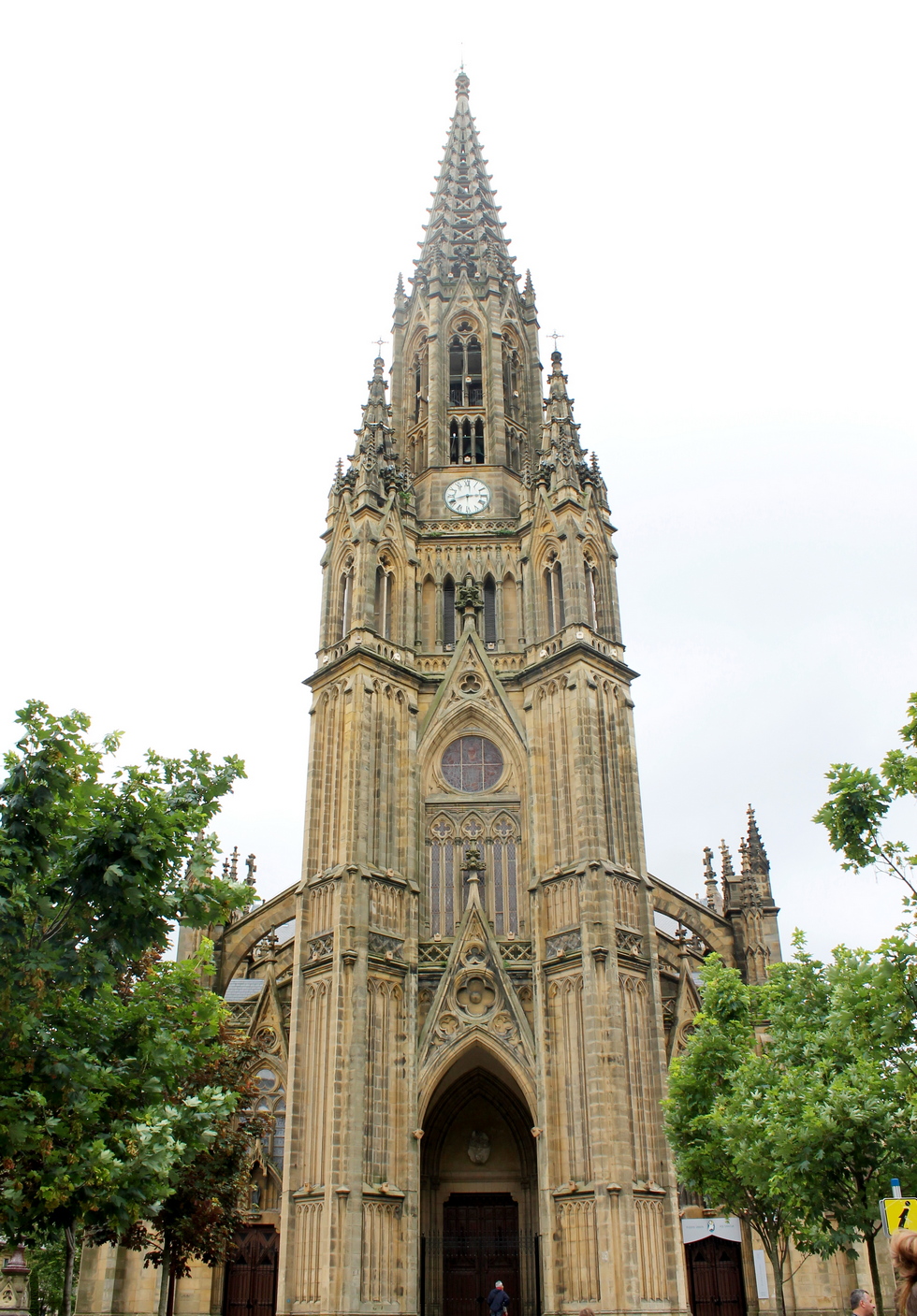 My personal favourite is Borda Berri, an unbelievably small wine bar and restaurant with mustard walls in the old part of town. It is know for its pig ears in garlic sauce but when you visit, and you must, rather order the mushroom risotto with local idiazabal cheese and the cheeks of veal in a sweet wine sauce. You will never again eat something as delicious. Rated the 5th best restaurant in Spain, Borda Berri is a little bit more expensive but the extra Euros spent there is well worth it.

About three years ago a new tradition sprang to life when students and young people started meeting for pintxos and beers in the “youth” part of town, Gros. Nowadays on Thursdays nights Pintxo-pote gets the streets filled with travelers and locals alike, most enjoying the special social gathering along the Paseo Colon, the Gran Via and in the gorgeous Plaza de Cataluna. Restaurants and bars offer a pintxo and a beer for only €2 and with drinks flowing and music playing the youth quarter definitely lives up to its name. 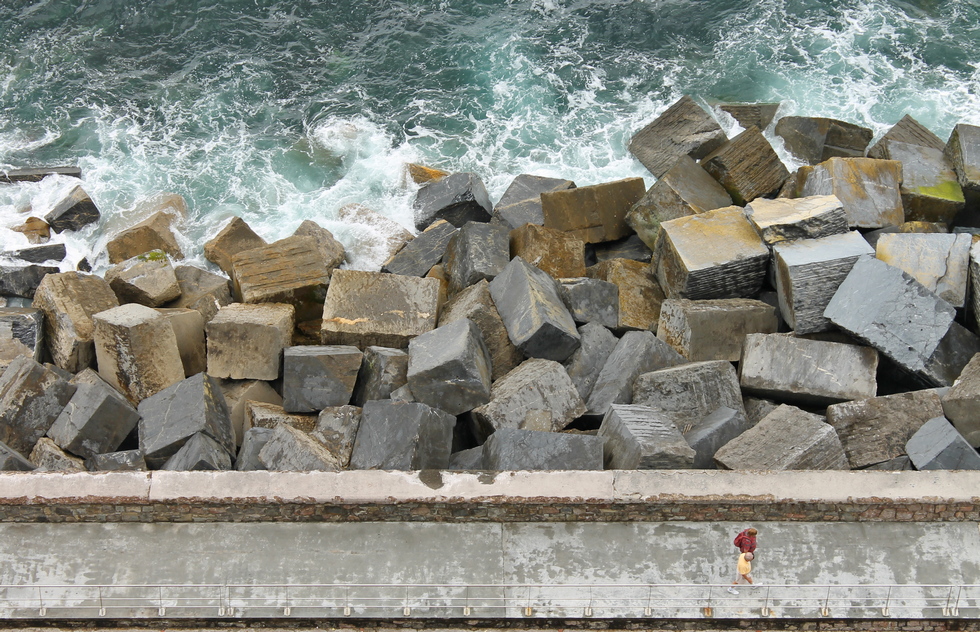 Walking around San Sebastián is the best way to explore the city and shake off the extra pintxo pounds as it is small and safe with lots to entertain the senses. Ice cream shops and chocolatiers offer sweet treats and designer clothing and accessory shops dot the old streets. San Sebastian is a popular weekend destination for the young and wealthy French, so be sure to pack in a few smart cocktail outfits to fit in with the crowd.

Playa la Concha is one of Europe’s most beautiful beaches and walking along its promenade takes you all the way from the old town to Mount Igeldo with its ever-popular funicular. However, be prepared for the rain. Due to its oceanic climate and seaside location, pretty bad weather is guaranteed all year round and enjoying San Sebastián in the sunshine is a rear but glorious treat. For those seeking more than eating and tanning, hiking up to the 12m high statue of Jesus Christ on top of Mount Urgull is a workout with a view. Walls built in the 12th century lead the steep way uphill to the Mota Castle and after making it up to the highest point at 123m above sea level, the view over Zurriola beach to the east, Santa Clara island and La Concha Bay to the west is breathtaking. 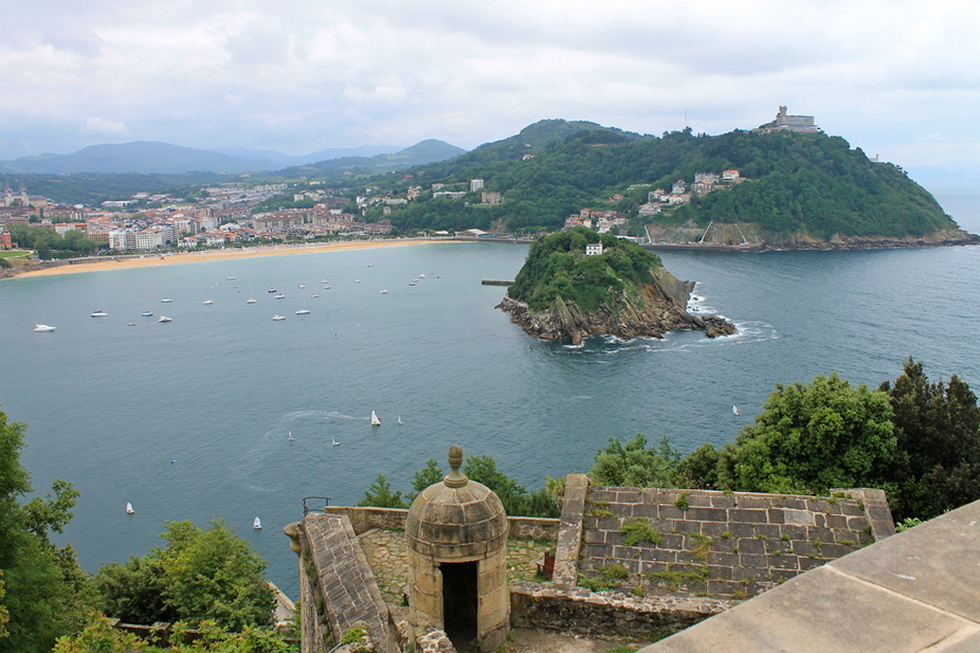 With hundred of hotels, B&Bs and hostels, Kaixo Hostel is fabulous backpacker type accommodation right in the old part of town close to Plaza de la Trinidad, Plaza de Zuloaga and only a short walk to Mont Urgull. The kitchen is fully equipped and kept clean, allowing travelers to prepare their own meals and store cold food in a communal fridge. They also have a washing machine and for €2 a bundle, good free wifi, very friendly and helpful staff and beds are limited, only allowing 12-15 travelers at a time.

The ALSA bus network connects San Sebastián with various other Spanish destinations, including the ever popular Pamplona, Bilbao and a bit further to the west, Santiago de Compostela. It is definitely worth spending a night or two in San Sebastian, even if it is just for the food.

If you would like to see more pictures of my time in Spain, please visit me on Pinterest at @LuzanneFletcher and follow me on Instagram at @luzanne_f. Also check out the related article section below if you want to read more about the amazing things to do and see in Spain.